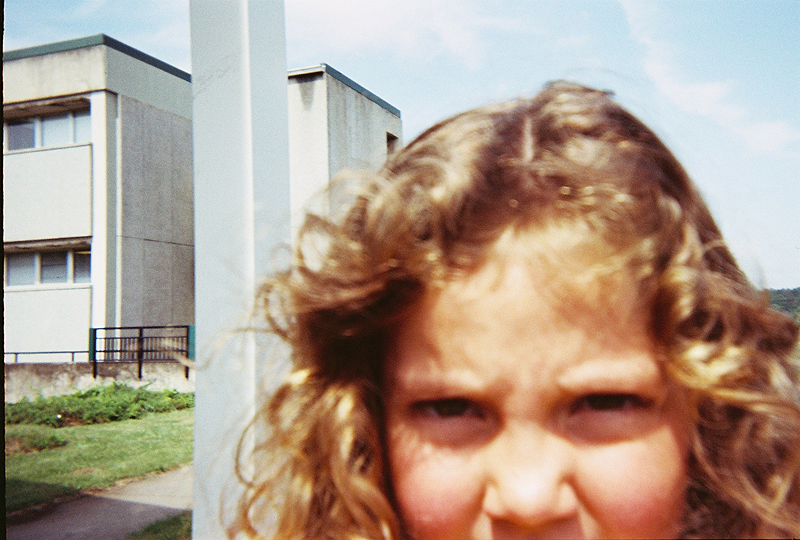 You know those stories where people find undeveloped film in a box, get it processed and are surprised by what they find. As we move to digital photography, this is less and less likely to happen. Nobody is ever going to find a bunch of jpegs in a box. They’re more likely to find an old hard drive full of files that they can no longer access.

As I was going through a box of stuff I found some disposable cameras and a couple rolls of film. I knew that they were from when my kids were little. The expiration date on the film said to process before 2006. My son just went off to college this week, so this really was a time capsule.

Years ago I had meant to send these off for processing and just didn’t get to it. I finally did. And what a fun experience to find these pictures. If you give elementary school kids a camera, you never know what you are going to wind up with. There are many pictures with weird angles, faces too close to the camera and every an early mirror selfie with flash.

But there’s also some fun memories that I didn’t even know were captured. 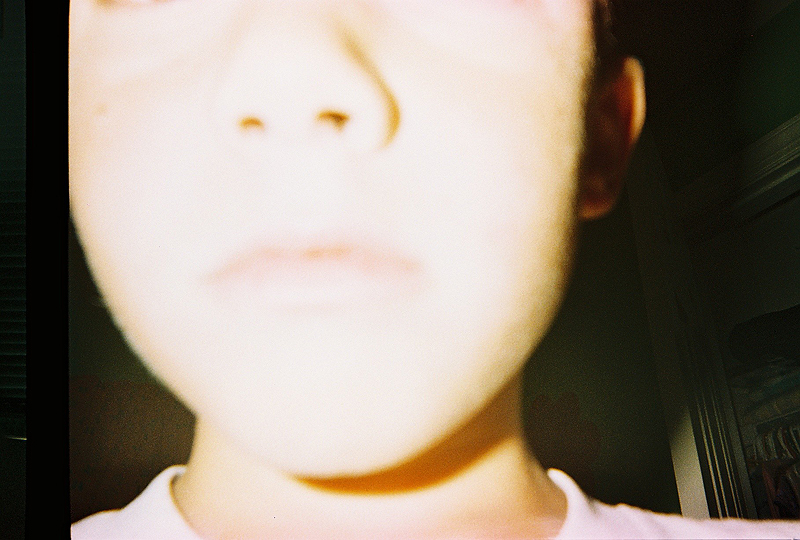 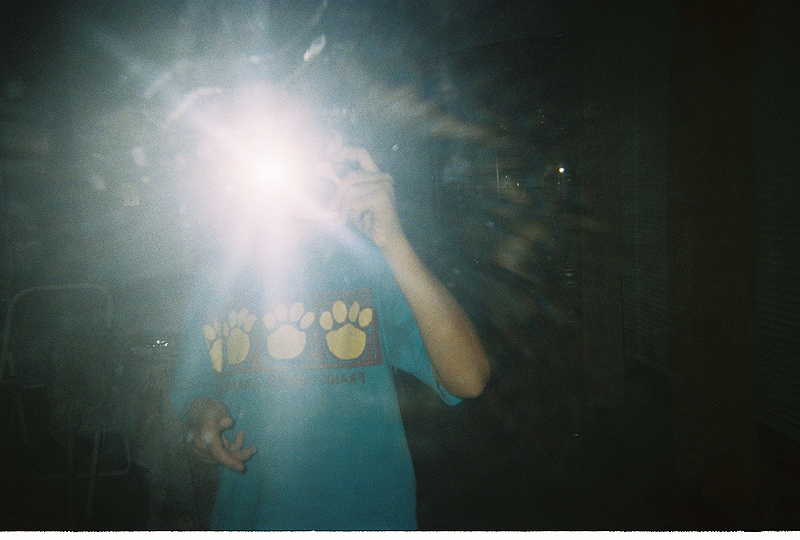 We took a trip to San Francisco for my kids’ Uncle and Aunt’s wedding. Both kids had disposable cameras with them. Besides this great picture of Grace in Chinatown, there’s a very meta picture of her brother taking a picture. I was only there for part of the trip, so some of the pictures were only captured by the kids’ cameras. 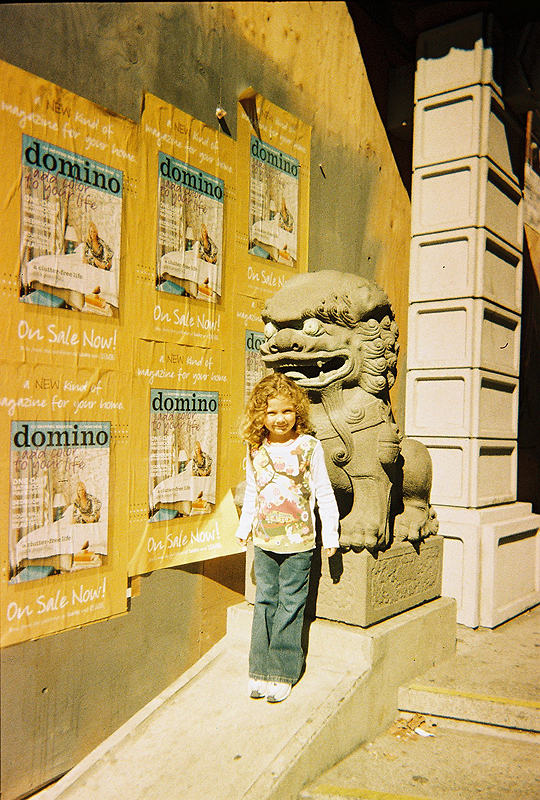 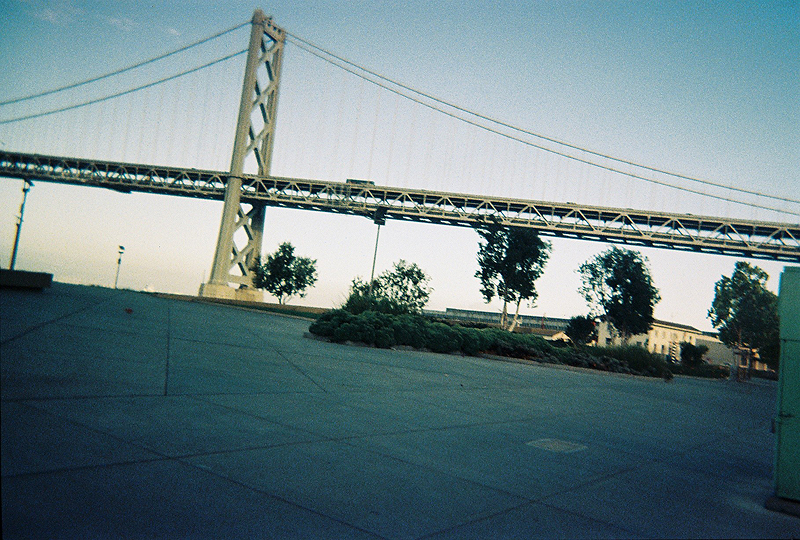 Here are some pictures from a trip to the North Carolina mountains. Again, I was not on this part of the trip, so these are the only pictures from this visit to Mt. Mitchell, the highest point east of the Mississippi. 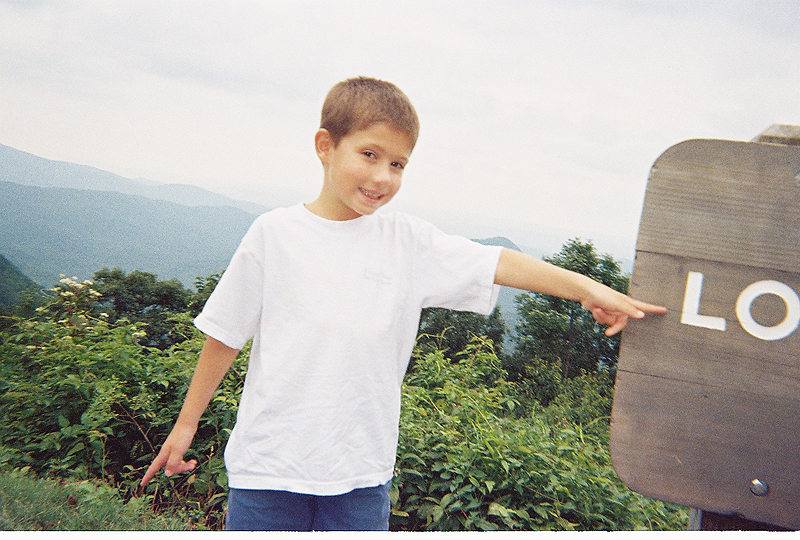 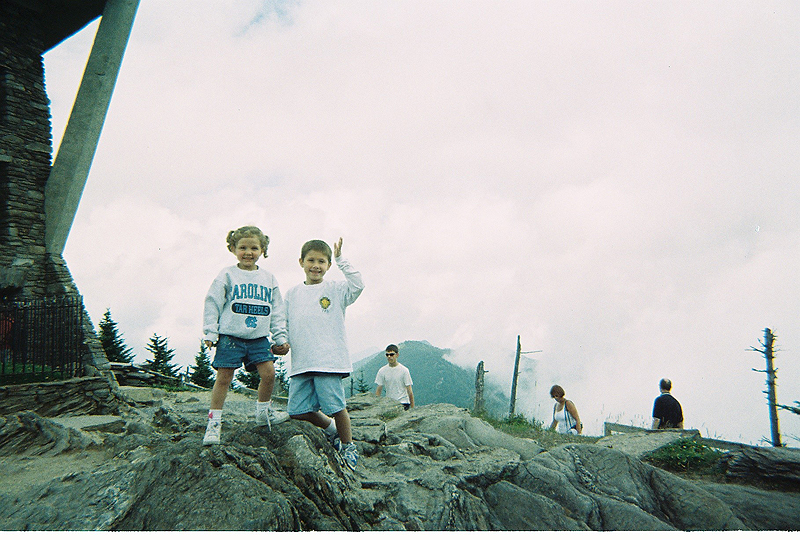 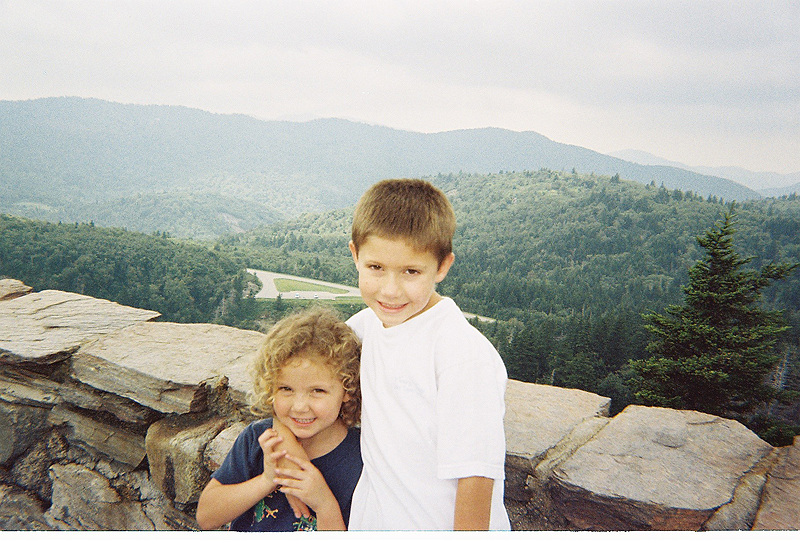 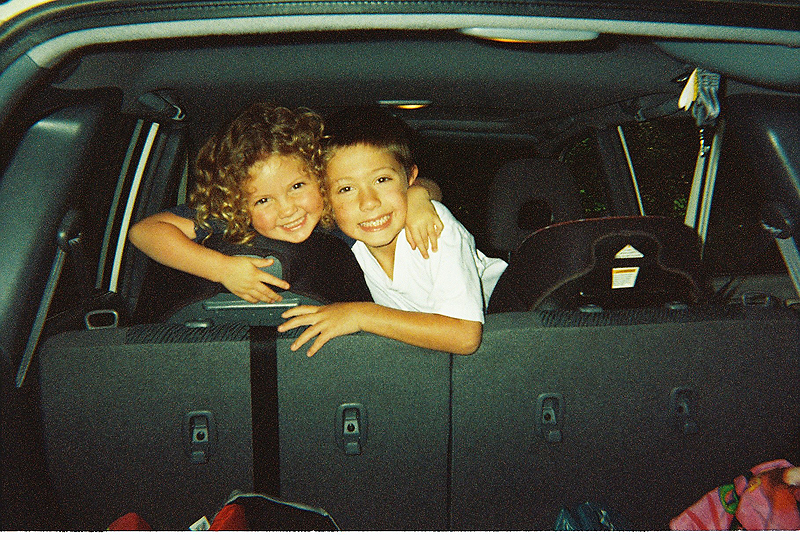 My kids used to participate in an event every year at UNC’s baseball stadium where kids took over many of the jobs in the stadium. Grace usually took tickets and once Peter got to help announce the game. Here’s a picture of Grace in the stands after her shift. 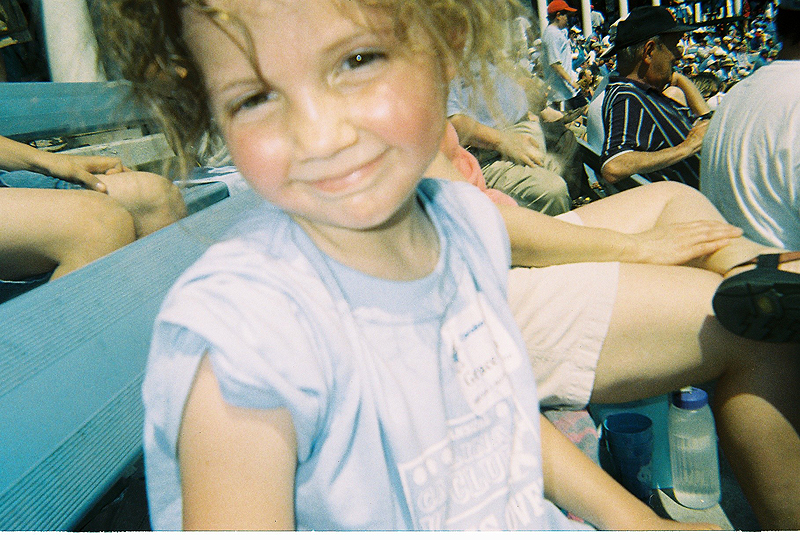 And finally, this picture of my Mom and Grace at Bonefish Grill is more notable for the background. Both of my kids’ grandfathers are seen talking, and both have since passed away. 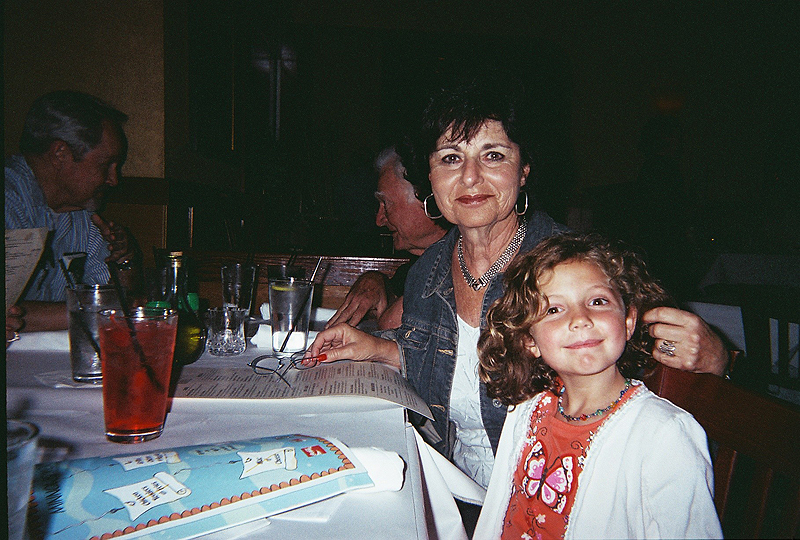 It was definitely worth getting this film developed.