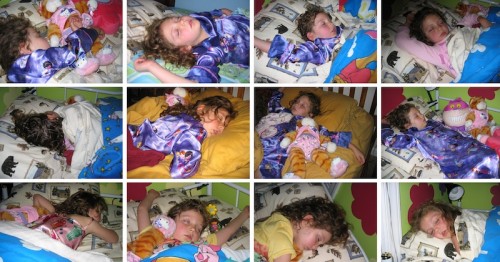 My daughter has always been an expressive sleeper. It is another way that she shows her creativity. Years ago, I used to take pictures of her daily and post them online as part of my Sleeping Grace blog. The dedicated blog moved to a Flickr photo set and I took photos much less frequently. It was no longer cute to post pictures of my daughter online as she got older. It was cute when she was five. Not so much at 9 or 10.

She is visiting me in Indiana for her Spring Break and my loft apartment provided a perfect overhead view of her sleeping. Her position is no longer as expressive as a teenager, but the pile of pillows and blankets she buries herself under is. In a recent hotel room she surrounded herself with seven pillows.

After taking the picture, I realized that it had been about four and a half years since I last posted a Sleeping Grace photo. Without further ado, here’s Sleeping Grace: 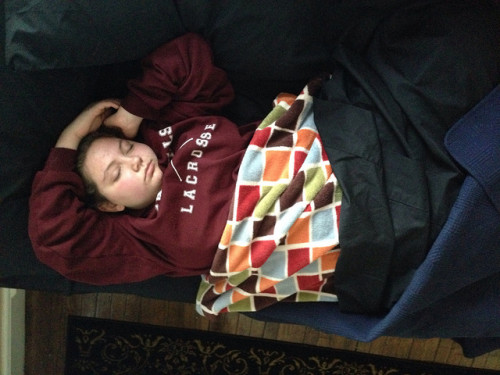