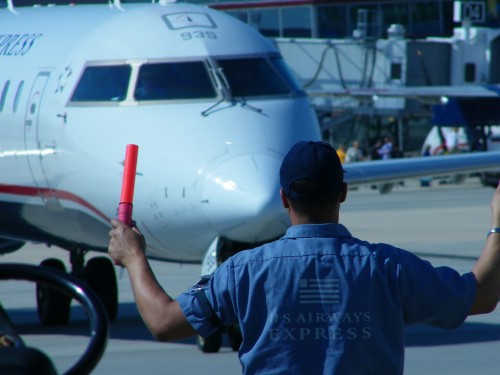 It all started when I planned to join my sister for a no-kid weekend with my mom for Mother’s Day. My sister was already going to Florida to visit our mom for the weekend, and I decided to join her. We did not tell my mom. I wanted it to be a surprise, but not a “just show up at the door” surprise. I would tell her about two weeks before my arrival. This way she could make dinner reservations for the right number of people. Things like that are important to her.

I bought my plane tickets for the weekend and kept it to myself. After I told my mom I was coming for the weekend, she was very excited. She told me I made her day. She told her friends that she was spending Mother’s Day with her two children. This was going to be a special occasion. Now all we had to do was get there.

My sister was flying on a direct flight to Florida from Westchester airport. The night before she was to leave, her flight was cancelled. Rather than arrive at 9:00am and spend Friday with my mom before I arrived, she would be getting there in the late afternoon. This was nothing compared to my experience.

My alarm went off at 5:00am. Instead of waking up to beeps and other nonsense sounds on my iPhone, I usually choose to wake up to music. My default song is AC/DC’s “You Shock Me All Night Long.” This is not really a good wake up song because it starts too slow. By the time the crushing guitars kick in, I have turned it off. I chose an Uncle Tupelo song to wake up to instead.

I showered, dressed and was out the door by 5:45am. With all the times I have been to the Indianapolis airport the past few months, I am still getting used to being an hour and twenty minutes from the airport. I used to be 20 minutes from the airport. So even with my 8:54am flight I was leaving right on time. I packed my suitcase the night before. My electronics were charged and I was ready to go.

The first sign of trouble was a sign. An electronic traffic sign. It indicated that there was a crash ahead. I passed the sign too fast to process the mile marker numbers. But “CRASH” loomed large as the only words on the screen that made it to my brain.

Before long traffic slowed to a standstill. Not a crawl, but a standstill. It took me two hours to go just a few miles as four southbound lanes of I-69 went down to one lane.

The same time I was leaving my house, a pickup truck lost control, hit a blinking arrow sign and killed two road construction workers who had just put in a full night’s work on the road crew. They were removing barrels from the highway to re-open lanes that had been closed for the night’s construction.

I had plenty of time to look up traffic reports while my car was sitting still on the Interstate. First I was trying to understand how big the traffic jam was, and if I could find an alternate route around the roadblock. But as I searched news and traffic sites I read details of the accident.

And my attitude changed.

They would not be going home at the end of their shifts to greet their families.

I was no longer concerned about my plane. If I missed it, I would re-book to another flight.

I was sitting in traffic.

I got to the airport about 20 minutes after my flight left. It was more than three hours since I had left home.

The airline agent re-booked me without blinking an eye. He told me it was hard to find flights to Fort Myers. Especially on a Friday.

I had time to eat breakfast before my first of three flights. It was about two hours before I left for DC, where I had a one-hour layover.

As we were getting ready to board the plane in Washington, we were told that maintenance was aboard the plane and boarding would be halted. Suddenly we needed a new plane. And it would be at the gate in an hour. This would likely cause me to miss my connection in Charlotte.

With a call to the airline I re-booked a later flight out of Charlotte. Instead of leaving at 4:20pm I would be leaving at 8:10pm. This was the third plane I was booked on for this final leg of the trip. But I would see my family at the end of the trip.

The plane pushed back from the gate around 3:15pm, which was nearly an hour and a half late. And then we sat on the tarmac for more than an hour waiting for a slot in the DC takeoff schedule and making sure the thunderstorms moved through Charlotte. I slept through part of this wait.

The rest of the trip went as planned with a two-hour layover in Charlotte and a 10:00pm arrival in Fort Myers. A short taxi ride took me to my mom’s house.

I gave my mom and sister big hugs. I was both relieved to be there and happy to see them. But I couldn’t help thinking about two men who no longer lived in Indiana who were not getting ready for their night shift working on the highway.