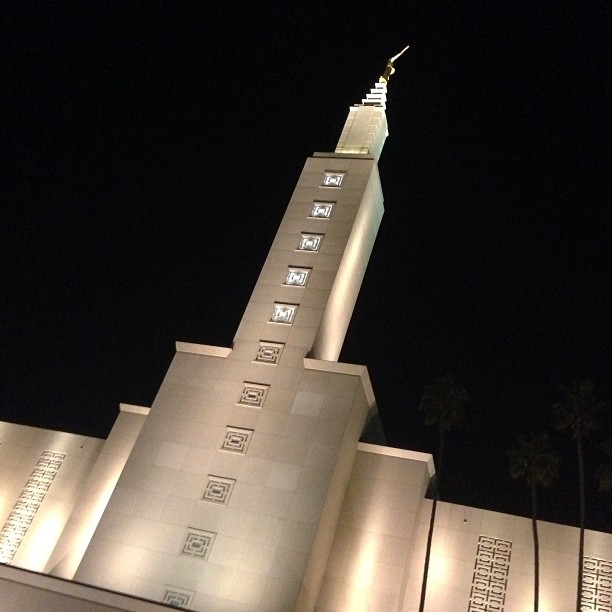 Earlier this month I traveled to Los Angeles. When I travel to urban areas I never even consider renting a car. I don’t like to hassle with driving directions from the airport, even with a rented GPS, or the parking in a city. If a city is not walkable I’ll just take a cab. Even though I have not spent much time in LA, I know that it is not a walkable city. Everyone drives.

After arriving at my hotel and grabbing a quick bite at the hotel restaurant, or Bistro in Courtyard Marriott parlance, I went out for a walk. My initial destination was the mall that was a half mile away. The most direct way there was along a major street that only had sidewalks on one side. It didn’t seem like a very pleasant walk, so I took the next street over.

It went through a residential neighborhood of mid-century bungelows, haciendas and the occasional modern replacement. This neighborhood has a quaint feel to it, even though you could see the buildings of Century City over the treetops. It was a quiet respite from the traffic and hustle and bustle of LA. I discovered the cost of this tranquility by searching for the neighborhood on real estate sites. The smaller, 3 bedroom homes of 1500-1700 square feet started over $1 million dollars. The cars in the driveways definitely reflected the home price rather than the home size.

The street made its way to Santa Monica Boulevard. Everytime I see the name of this street, I hear Randy Newman’s litany of LA streets from the song “I Love LA.”

Once I realized that this residential street did not provide an easy cut through to the mall, I changed my destination. From my hotel window I had seen a tower with a statue on top. That beacon in the night became my new destination.

I walked down Santa Monica Boulevard to the tower. The sidewalks were empty. Nobody walks in LA. It is such a rare occurance that when I stopped to take a picture of an interesting office building, a cab pulled over to see if I needed a ride. I waved him off and kept walking.

My initial thought about the tower was that it was a Mormon Church (or temple) and I turned out to be right. I arrived at the Mormon Temple and it was breathtaking up close. Brightly-lit, clean lines and rising into the night. The 257-foot temple is topped with a golden statue of the angel Moroni. The reflecting pool out front showed the whole tower in the reflection. The location was on a rise above this part of Los Angeles and I could see a long way into the distance. The land for the temple was purchased in 1937 and the building was completed in 1955.

The walk to the temple and back to my hotel was only about two and a half miles, but in a city like LA that is a tremendous distance to walk down the deserted sidewalks.

Other notable sightings while walking and running on the sidewalks of LA: